The Medical Profession is Female

A man and his son are terribly injured in an accident. They are taken to hospital requiring surgery. A surgeon is called, but looks at the boy and says "I can't operate on this boy: he's my son!" How is this possible?

Does this riddle perplex you? If so, you may be demonstrating your innate gender bias, that surgeons ought to be male, and therefore you expect the surgeon to be the boy's father. Of course, the common answer is that the surgeon is the boy's mother (though it's becoming increasingly possible that the boy is the child of a gay couple).

My media feed this week sparked my interest with its announcement that the "Medical Profession is Female", and I followed the link.

Professor Elizabeth Loder is a professor of neurology at Harvard, and the head of research at the British Medical Journal. She writes (my italics):

Loder: Soon, most doctors in the US, the UK, and Europe will be women; this is already the case in many countries (...) The stereotype that doctors are men persists at a time when almost half of physicians are female—and it has been internalised by women physicians like me—so it’s a problem that needs to be fixed. How to do this? It would help to retire “he,” “him,” and “his” as the default pronouns for doctors and make a deliberate switch to “she,” “her,” and “hers.” Pronouns are in flux, and it’s possible that “they,” “them,” and “theirs” will become standard. Until that happens, I have a proposal: when in doubt, and the gender of the doctor is unknown, let’s use female pronouns to send a message and open minds.

There is no doubt that she is right. Women outnumber men at admission to medical school already, and my own belief is that more than half of all doctors are already women.

Loder's piece was prompted by a paper recently published in the BMJ which shows that female scientists are less likely to use positive terms to describe their research findings compared to male scientists. The men tend to use positive-sounding words like novel, unique, or unprecedented, and papers with this more positive language get cited more often.

Academic papers are usually cited in a way which masks the first name of the authors. They are usually given by their initials only: (Lennon J, McCartney P, Harrison G, Starr R), which makes it pretty hard to infer anyone's gender. I had always considered that this made academic publishing encouragingly gender-neutral, but the BMJ paper shows that there is a measurable male-female difference.

As an amusing aside, those of you who are familiar with British English will know the expression "old Uncle Tom Cobley and all", meaning "everyone imaginable". I was delighted to discover that there are several listings in academic journals where Cobley UT has been listed as a co-author!

Loder: Using female pronouns for doctors would force everyone, on a regular basis, to remember that women can be doctors. Soon the default use of female pronouns will make sense for the same reason we’ve defaulted to male pronouns: it will be the best reflection of reality and the new gender makeup of the physician workforce. Furthermore, in situations where most doctors are male (surgical subspecialties, for example), it’s then even more desirable to use a default pronoun of “she” to expand people’s ideas of who can be a doctor.

I'm already doing this very deliberately in my Quora answers, and at work I am careful to deliberately avoid assuming male pronouns for doctors (instead I tend to use they). The very first post I ever wrote on this blog, back in 2011 (!) was about pronouns, although I must say that the invented, gender-neutral pronouns still grate with me wherever I see them.

What I saw, twenty or more years ago, is that to succeed in medicine, women had to outperform the men. That meant that the few female consultants and professors, that I knew then, tended toward the ferocious spinster archetype. I got the impression these were women who had sacrificed a lot (personal life, family life) to get their positions. Many seemed to me to be bitter and battle-hardened: sick of proving themselves right in front of mansplaining men who were not as good as they were.

It was considered acceptable for women to do the “touchy-feely” specialties, such as general practice or psychiatry. But women found it very difficult to succeed in the “tougher, harder” specialties such as surgery (especially orthopaedics). The following quote comes from my favourite dark medical drama, the wonderful Cardiac Arrest:


Just because surgery involves a bit of sewing doesn’t mean it’s any job for a housewife!

I personally witnessed the deliberate, ritualised bullying of a highly capable surgical trainee who had committed two grave sins: being a woman, and having brown skin.

But things have changed, and are still changing. Those battle-hardened spinsters have blazed the trail, and women are streaming into specialties which have previously been off limits. And they no longer need to do battle with the boys, which means they are more relaxed and able to express themselves. Some female surgeons operate with little feminine touches: fabulous pink surgical boots (instead of boring white) or operating spectacles with little sparkly bits glued onto the legs and rims. These sound like little things, almost trivial, but they represent ground which was hard-fought for, inch by inch.

The men are, in general, much more respectful and better-behaved. Some of the older ones have ascended to higher echelons, which means that Medical College councils and presidents still tend to be mostly men. But even here I am hearing new dialogue. The president of my Medical College (a man) announced that, considering all the Annual Scientific Meetings our College has ever held, over 100 keynote speakers have presented, and only six were women. Imagine, he said with genuine sincerity, all the talented speakers we have missed out on. (This year nearly all the keynote speakers were women).

That talented surgical trainee I knew back in the day has made it; she was far too talented not to. But she lost something along the way: her compassion is far less now than it was when I knew her. She too has been battle-hardened.

I remain hopeful that these trends continue, and I remain certain that medicine (and hence patients) will benefit from improved gender balance.

But there is one thing still missing: where are the trans doctors? If, as I suspect, there are just as many transgender doctors as there are in the general population, where are they all? This is a subject I intend to explore more fully in a later post, because I've been doing a lot of looking. Meanwhile, if you have a story or viewpoint to share, please leave a comment.
Posted by Vivienne at 11:27 8 comments: 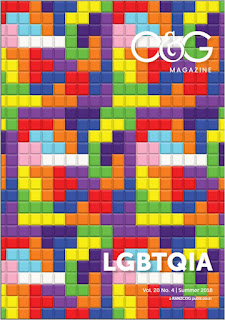