Another one of my transgendered heroes is Jan Hamilton. In research for this blog post, I have discovered that she has since changed her name, presumably in the search for better anonymity. I have therefore not used the new name in this article (but read to the end!).

You might already have come across her story, as it was widely reported a few years ago, under headlines like Sex Change Soldier. There was a sympathetic UK TV documentary a few years ago, which is what first drew Jan to my attention, and you can see it all (in sections) on YouTube. 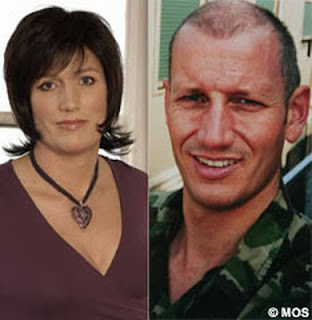 In brief, Hamilton was an elite British soldier with a distinguished service record, who decided to undergo full gender reassignment. The British Army seemed to treat her contemptuously, and she was horrendously vilified from many angles, including her own family. Transitioning cost her two relationships and her army career. In this blog post I intend to consider some of the aspects of Hamilton's story which I find most noteworthy.

According to Wikipedia's article about her, Jan was born Ian Hamilton in Belfast, but was raised in Stonehaven, near Aberdeen in Scotland. At the age of about 19, Hamilton joined the army and served for 4 years, before leaving to become a television cameraman. This was successful, and Hamilton's media career progressed rapidly to senior management level. However, in 1995, at the age of about 31, Hamilton rejoined the army.


Going into the army was my final stab at saying no: I've got to be a guy, because that's what everybody wants me to be. And I thought: right, if I'm going to prove I am the tougest of the tough, then I'm going to be a paratrooper. There are no finer soldiers in the world.

Hamilton joined the Parachute Regiment in 2002 and underwent Special Forces training. Captain Hamilton served in the Gulf, Bosnia, Northern Ireland, Afghanistan and Iraq in a variety of senior positions and in different missions, and was decorated. In March 2007, Hamilton was diagnosed with Gender-Identity Disorder, and changed his name to Jan, prompted by an injury sustained in the line of duty.

Unfortunately, a tabloid newspaper got hold of the story, before Jan had had a chance to talk things through with the army, or her family. To prevent herself being depicted as a "circus freak", Jan went public with her story through a different newspaper, with disastrous consequences. 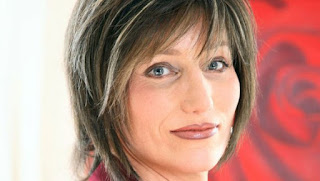 Jan wanted to continue her army career post transition, but was summarily dismissed from the army. In addition, her own comrades posted online comments about her which are so vicious, so poisonous, that even catching a glimpse of them now on YouTube is deeply upsetting to me. Thankfully, the resolution isn't high enough for them to be read. Most upsetting of all, to me (and clearly, to her) was the reaction of her parents, who sent her all her possessions and a note saying "Our son is dead. Never contact us again." I can't imagine how much pain this caused her.


I find it difficult to understand the complete rejection by people that I care about.

Jan had a series of cosmetic surgical operations, including full gender reassignment in Thailand in 2008. When the first 12-hour surgery was finished, the only person waiting for her in the recovery ward was the TV reporter who filmed the documentary.


It's time to say goodbye to Ian. He's done everything he could do for me. He kept me alive. And Ian has been wonderful to me. But no, he has to go. But I'll always remember him.

Jan's story is profoundly saddening in all respects. When she returns to Britain after the surgery, her girlfriend has moved out of their flat, and she returns to find it nearly empty. Her comment: "Let's see what I've got left," is a statement of despair tempered with determination.


For a while when I came back I was quite "up" because I thought, well, people just see a good-looking woman now. Unfortunately, I've come to the conclusion now that people see a good-looking transsexual, actually. I will only ever be a good approximation of a woman, and that's that. So.

Since the documentary was aired, Jan has made several other media appearances, but it's been difficult to follow her personal life in any way: once again, no public blog. Wikipedia suggests Hamilton has made her peace with the army, and has received a letter from the Regimental Colonel of the Parachute Regiment to thank her for her "years of loyal service as an Airborne Officer". In addition, Hamilton was the first serving British Army officer to change gender, although officers from the Navy and Air Force had previously transitioned. Wikipedia suggests the Army has now set in place a procedure for dealing with serving officers who wish to change gender. It was widely reported that Hamilton received a six-figure payout from the Army for her distress; this caused even more antagonism but is untrue. The most recent news seems to be that Hamilton has joined the police force in 2009 as a female Police Constable, under a new name.


Here I am. I'm 43. I'm not young any more, and I've got to create a life for myself somehow. I've got to start everything at the beginning again, and I'm just not sure if I can do it. My heart is bursting. I am just so bloody lonely all the time.

Was it worth it?

So much for the official biography. Here are my impressions of what I've seen.

First, in common with every transsexual I have ever met, this is a deeply fractured individual. Transitioning has cost Jan everything: her career, her family, her relationships, a considerable amount of money. And, as she herself alludes above, she hasn't completely achieved womanhood. The personal suffering she has undergone troubles me deeply, and the cruelty meted unjustly to her by people who have no idea of her suffering troubles me even more deeply. She has shown enormous courage by pursuing her transition in the face of such difficulty.

Second, Hamilton's story reminds me of something I described in an earlier blog post, that one can be both strongly masculine and strongly feminine at the same time. Here is someone who illustrates that clearly, although was able to express only one side at any given time. 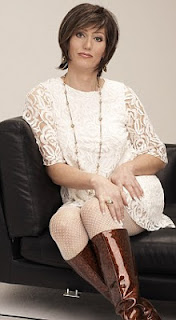 Thirdly, Hamilton, like me, seems to be someone for whom emotional expression is a fundamental necessity. People like us have two essential psychological requirements: we require to be loved unconditionally, and we require some sort of sensual pleasure (whether that be food, fragrances, colours, whatever). We love to surround ourselves with friends, and with comfortable, welcoming surroundings. Hamilton's loneliness and rejection post-transition is something I can deeply relate to: loneliness is agony for me, and clearly for Jan too. On the other hand, if we fail to have our needs met, we are capable of intense bursts of white-hot anger. I can see that it was in this frame of mind that Captain Ian Hamilton might have operated most of the time.

It won't surprise you at all that most people with this psychological profile are women; nor that men who have it struggle to be able to have their needs met in socially "acceptable" ways. I am fortunate that I can just about manage it most of the time, with a few ups and downs along the way. But my downs are nowhere near as down as Jan's have been. I only hope she has had a few ups along the way too.

Fourthly, the treatment that Hamilton received from the army reminds me of how much I would hate to be any part of any military organisation. I am far too much of a free thinker. Put me in combat fatigues and give me a gun: I would be useless. But that's not to say I would have nothing to offer my country: put me in Bletchley Park with a bunch of like-minded misfits, and we will win the war for you!

Finally, in my correspondence with other people, I have repeatedly stated that my view that crossdressing cannot be cured. I believe Jan Hamilton's story is further evidence of this; that no amount of vigorous military discipline can "make a man out of you". You are who you are. You can suppress it, or embrace it. There may be unhappiness in either direction, of course, but you can be unhappy for who you are, or unhappy for who you are not. Take your pick.

Jan Hamilton is making the best of who she is. I deeply sympathise and admire her for her choices, and I wish her nothing but the very best for the future.

Though my continued efforts to contact Jan Hamilton have been fruitless, I managed to interview Treva Askey, another British soldier who transitioned. You can read the interview here.
And for more about my thoughts about transgender people in the military, read this post.

Jan Hamilton has finally made contact with me! Now named Abigail Austen, she has written a book describing three years working as an advisor for the US military in Afghanistan. She has kindly agreed to be interviewed for this blog, and you can read my exclusive interview with her here.
Posted by Vivienne at 16:55