Human beings are fantastically inventive. I imagine that, five minutes after the process of photography was invented, someone said "Hey, we could take pictures of naked women with this!" 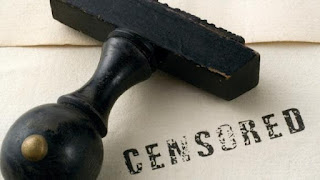 My book this week is called Free Speech, by Nigel Warburton. It's an excellent and thought-provoking introduction to the issues around free speech. It's really led me to think a lot more about this subject, and drawn my attention to some very powerful key players in this field. Most of us are in agreement that free speech is a good and essential thing to a well-run democracy. And we think of the people in China, who are denied free access to information on the Internet, as well as freedom of expression. But free speech also includes material which may be offensive, even harmful, to the listener (such as overt racism or Holocaust denial). So where do you draw the line?

A full chapter of this book is devoted to pornography, and it started me thinking. The Internet, of course, as we all know, is full of pornography:

This interesting article from the UK's Guardian newspaper suggests that actually, only about 1.1% of sites on the Internet contain "sexually explicit" material. The article was written in 2006, which is ancient history in Internet terms, but even if the figure has quintupled since then, we are still only looking at 5%. (See addendum 3 below).

Eric Schlosser devotes a whole third of his excellent book Reefer Madness, to a discussion of the pornography industry in the US, and provides insight into the fundamental conflict of American attitudes:


Schlosser: The current demand for marijuana and pornography is deeply revealing. Here are two commodities that Americans publicly abhor, privately adore, and buy in astonishing amounts.

Coming back to Warburton, is pornography a form of expression? And should it, therefore, be fully tolerated in society (provided nobody is harmed in its making)? Several attempts to have it banned, by anti-pornography campaigners such as Andrea Dworkin, have been overturned by US courts on the grounds that banning pornography violates the First Amendment to the US Constitution. So it seems that Uncle Sam, at least, thinks that pornography counts as freedom of expression.

Professor Catharine MacKinnon argues that pornography is all about the subjugation of women: their objectification as objects for male sexual gratification. She points out that pornography is made "overwhelmingly by poor, desperate, homeless, pimped women who were sexually abused as children". She also makes the point that regular use of hardcore pornography by men habituates them to the idea that women exist merely as sexual playthings of men, and therefore eliminates the necessity of treating women as human individuals. It fosters the "she's wearing a short skirt so she must be up for it" argument. Sooner or later, the viewer wants to experience for real what he's used to seeing on the screen, and so he obtains it forcibly.

On the other hand, Wendy McElroy defends pornography from a feminist perspective. She argues that pornography can benefit women in at least three ways: by providing a panoramic view of sexual possibilities, by allowing viewers to experience and imaginatively explore sexual alternatives safely, and by allowing viewers to explore their emotional response to a fantasised scenario. Suppression of pornography would restrict women's choices. I must say I find these arguments pretty flimsy.

Is pornography harmful to society? It has certainly been argued that the objectification of women seen in pornography harms the status and role of women in society. On the other hand, there is some evidence that ready access to pornography reduces the rate of sex crime, the idea being that men gain relief from pornography which then means they don't need to take out their desires on women. From a scientific perspective, all the evidence I've seen on this topic has been conflicting and flawed, but the topic is important enough that I think it is worthy of more careful investigation.

So what's my perspective? First of all, sex is OK. That is to say, sex between consenting adults, male or female or any combination, who are choosing to engage in it for pleasure, is all OK. I'm not going down any roads debating the morality of actual sex. But any pornography or sexual activity involving children is unacceptable.

I admit my sympathies lie somewhat with the feminists here, though I am not sure I accept all MacKinnon's points. I think that prostitutes are, in general, poor desperate women forced into it by dreadful economic circumstances. Some of that may apply to women who take part in pornography, but what of all those amateur pornographers out there who freely post images of themselves? Not all of that is instigated by men (though I think a fair bit of it is). In addition, some women seem to have been able to make quite a lot of money out of deliberately producing pornography. And as we see, the link between pornography use and the increased prevalence of sex crime is tenuous at best.

What I see out there is absolutely in accord with MacKinnon's views, though. Pornography is almost universally about the satisfaction of men. Women are objectified, and often seem to be humiliated. There are scenes of roughness bordering on violence: men grabbing women around the throat during sex, for example, or women who appear to be weeping or distressed during sex. One website uses the word "destruction" seemingly as a synonym for "penetration". On the other hand, there are depictions of women appearing to enjoy or invite extreme acts of penetration. And intercourse is always filmed in gynaecological closeup. Why don't any of the women look like they are enjoying themselves? Why don't the actors look as if they even like one another?

So most pornography is distasteful to me, and a little of it has been so upsetting that I have deliberately attempted to banish it from my mind. When I was growing up, the only pornography I could access were magazines depicting naked women in positions of submissive (occasionally gymnastic) display. My imagination had to do the rest. But my kids will have access to streaming video and audio featuring any number of actors indulging in any sort of activity (no matter how I try to protect them from it). It worries me that my kids might come across that and think that is how sex should be conducted, from either role. Pornography is "junk sex". And just as teenagers want junk food, they will also want junk sex. 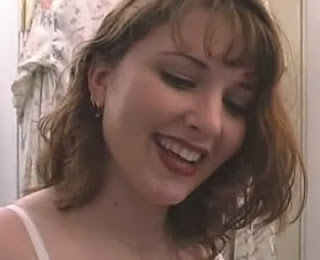 I believe pornography is this way because it sells. Men want those things: a quick five-knuckle-shuffle with no emotional strings attached. Inflated boobs, enormous penetration, highly visible climaxes. And they are prepared to pay for them. While some women use pornography in the same way men do, I think most women don't. For them, arousal comes from emotional stimuli, not physical ones. And you don't get any emotional arousal just watching sex: you get it from love and trust and intimacy, and it can't be achieved from scratch in five minutes.


Boyd: There is one consistent motif: the crossdressed male is forced to give a blow job. The blow job scenario is probably crossdressers' most popular sexual fantasy after the fantasy of being dressed as a woman. Why does it not surprise me that when a crossdresser-- who is socialized as a straight man-- fantasizes about being a woman sexually, he envisions himself giving a blow job? This provides further evidence that the crossdresser's "inner female" is painfully loaded with stereotypical male ideas about women, in this case women's sexual behaviour. The idea that your average woman equates "I feel sexy" with "I want to give a blow job" is a remarkably male notion of women's sexuality. That they focus on the one form of women's sexual activity that is primarily about male pleasure is no coincidence.

I am stuck in the middle. Pornography is sexually arousing, but emotionally unpleasant for me. That creates a conflict worthy of Schlosser's book. As a result, I recognise that, whatever it does to individuals and society, pornography is harmful to me. It's not OK.

I was thinking some more about pornography, and it's well worth considering its place in the novel Nineteen Eighty-Four by George Orwell. I can't recommend this book highly enough. If you haven't read it, all the things you think you know about it (from your familiarity with concepts like Big Brother, Room 101, the Thought Police and so on) are wrong. It is all the more powerful for having been written in 1948, over sixty years ago.

The protagonist, Winston Smith, an unattractive everyman, lives in a dystopian 1984 under the constant surveillance of a totalitarian government led by an obscure figure known as Big Brother. In the novel, members of the middle class "Outer Party" are absolutely controlled: their actions and even their thoughts are ridigly confined. They are essentially denied any free time (how I can relate to that feeling!) and any freedom or self-determination. They are kept in a situation which denies them any sort of personal comfort or satisfaction: the only things they are allowed to enjoy or celebrate are Party activities and goals. Transgressions of the most minor nature are met with grotesque punishment and torture meted out by the Ministry of Love.

Big Brother seeks to control thoughts by controlling language: Newspeak is a deliberately constructed language with a shrinking vocabulary. The idea is that reducing the vocabulary reduces the ability to communicate ideas, and eventually to form those ideas in the first place.

And Big Brother seeks to control emotion and sexuality by doing away with intimacy and pleasure. Marriages are chosen by the Party, between unsuited partners to prevent physical attraction. We are informed that "neurologists are working to extinguish the orgasm". And pornography is extensively commodified: deliberately produced in large quantities and distributed by government decree, in a deliberate attempt to separate (and eliminate) the emotional satisfaction of sex from its physical act.

Orwell was making the point that the ready availability of pornography in large quantities does something undesirable to a population of people. While we are not in danger of succumbing to totalitarianism, I think his point is disturbingly correct.

I was thinking some more about pornography, and why some women deliberately create and display pornography involving themselves. It's just a theory, but I wonder if those women are doing it (partly) to create a sensation of power. The ability (and apparent willingness) to give pleasure is a powerful thing. To prominently display that places the woman in a position of power: I'm showing you this. I know you want it! But you can't have it, because I'm a stranger on the Internet thousands of miles away from you.

I suppose I am trying to explore the motivations of women who deliberately choose to involve themselves in pornography. Some, I think, do it for sexual arousal. Some do it for money. And I think some do it for power. Power, money and sex: the three most important motivations in all human behaviour?

This has become the longest blog post I've written. Something shorter next time.

The July 6th 2013 edition of my favourite mathematical radio programme, More or Less, suggested that pornography occupies only 4% of websites, but 14% of search engine requests.