Cloudy, with a chance of insights

Ask yourself this question. The answer will be potentially quite revealing. Take your time; there are no prizes. (The question is only for transgendered males!)

A week or so ago, I came across a new blog, On the Science of Changing Sex, written by Cloudy. Cloudy is a 55-yr old postoperative transsexual woman who transitioned four decades ago. Cloudy's blog is all about science; so much so that it could be pretty hard going if science isn't really your thing.

My first feeling on encountering Cloudy was Aha! Here is somebody like me with whom I can have a really fruitful dialogue (and indeed I opened one that day and got a response immediately). But as I read more and more of her blog, and the underlying science, I became somewhat dispirited, and it's reasonable for me here to go into some of the reasons why.

My blog here has always been about a dialogue (a dlog, rather than a blog?): about finding out more about myself, and allowing others to post their insights. Over the last year or so, I've been on a tremendous journey of insight and understanding. I've learned a great deal about myself, and about crossdressing. As you will know if you've read much of this blog, there are some themes which run right through it.

First, the theme that I don't consider myself to be all that similar to other male crossdressers out there.

Secondly, there seems to be a bewildering multiplicity of terms for people who show behaviour which is not in alignment with their birth sex. As a subtheme of this, people seem to become upset out of all proportion where discussion of their gender is concerned. For examples, see here and here. Cloudy herself admits that she has disallowed comments on her blog because too many of them were personal attacks on her. 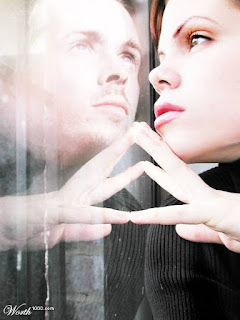 Though I had read many theories and conceptual frameworks about crossdressing, I couldn't find one that made any sort of sense; one that "clicked". They all seemed to be full of psychological mumbo-jumbo. Well, now I think that's changed.

Before I go any further, let me state here that my intention is not to offend anyone, regardless of their perspective; I say as much on my About Me page. Secondly, I am somewhat disturbed by what I've read and what it says about me. Thirdly, I believe absolutely that science is the tool by which we can best make sense of the world around us. What that means is that no amount of wanting something to be true or untrue will make it so.

If you really want the science, head on over to Cloudy's blog and read this page. On the other hand, I intend here to chew it down a bit and present it in simpler terms.

Let's start with transsexuals. That is, people born in one sex who decide to change sex. (All of what follows is true for males who want to become women and females who want to become men, but for simplicity we will stick with male-to-female). (For a bit of a discussion about my take on the difference between sex and gender, read the comments under this blog post). Remember, this is a simplification, but it's a helpful one.

Transsexuals fall into two groups which can be easily discerned statistically. We can call them "early transitioners" and "late transitioners". For early transitioners, they display very transgendered behaviour from a very early age (e.g. a boy will persistently act and behave like a girl, even in the fact of powerful deterrents). They change sex very early, usually by about 20; and more than 90% by 25. They display persistent sexual attraction to what they consider to be the "opposite" sex; that is to say, a male (who considers himself to be internally female) will be attracted to males. They do not experience any sexual arousal from cross-dressing or imagining themselves being or becoming the opposite sex. Of transsexuals, about 10% are in this group.

Late transitioners, on the other hand, typically have gender-typical behaviour in childhood. They may experience gender dysphoria, but keep it hidden. They change sex much later, usually by 35-40, though with a wide range extending into old age. They are usually attracted to the opposite of their birth sex; that is to say a male (who considers himself to be internally female) will be attracted to females. They very commonly experience sexual arousal from cross-dressing, or from imagining themselves to be the opposite sex. They can commonly function well as men pre-transition, and may marry, and have children. They can be successful in masculine (even hyper-masculine) careers. Interestingly, they tend to have a higher IQ than the general population. Many of them remain attracted to women post-transition. Of transsexuals, about 90% are in this group, making such people far commoner.

The terminology from the literature is a bit disappointing, but if you want to read just about anything on Cloudy's blog, you will need to know the basics. Early-transitioning transsexuals are commonly referred to as homosexual transsexuals, HSTS. That's not to say they are like gay men, but instead that someone born a male is attracted to other males. Late-transitioning transsexuals (and transvestites) are known as autogynephilic, AGP, from the Greek meaning "someone who loves himself as a woman", a term which I slightly disparaged in my earlier blog post here. The reason Cloudy echoes these clumsy and unappetising terms in her blog is that these are the terms which are most commonly used in the current scientific literature.

Applying Cloudy's criteria (and you can follow her suggested test here) to everyone I've written about on this blog yields some interesting results. Jan Hamilton, Emma Ballantyne, Richard O'Brien, Grayson Perry, Charlie Jane Anders, "My Husband" Betty Crow (the partner of Helen Boyd), Lord Cornbury, John Pepper, Vernon Coleman; all of them fit into the AGP side. Jaye Davidson alone escapes: he isn't naturally a crossdresser, just an androgynous man who got a job once as an actress. It's much harder to categorise Billy Tipton, since Cloudy's questionnaire was designed for male-to-female transgendered people.

And there is one more person on this blog who fits into the AGP side: me. This brings me back to the question at the opening of this blog post, which was posed by sexologist Dr. Anne Lawrence, and quoted in Cloudy's blog post here. So what's your answer? Mine, if I am honest, is that it's more important (for me) to be beautiful than to be passable. I've been asking myself why this is my answer for about two weeks now, and the best answer I can come up with is that I fit the AGP side of the model. As an alternative (but less subtle) question, ask yourself: have I ever felt sexually aroused by cross-dressing? If the answer is "yes" (and for me, it is; it so is), then that strongly suggests an AGP makeup.

So much of this model fits. It fits with why I think high heels are sexy. It explains Charlie Jane Anders' quote "What's the difference between a transvestite and a transsexual? About two years." It neatly sidesteps all the different bloody terminology (which seems intended to confuse and obfuscate) for people born male who wear women's clothing ("There is more that unites us than divides us" is a frequent refrain of mine anyway). It fits Helen Boyd's painful and forthright observations about some crossdressers: eternally selfish, frequently overspending, sexually interested only in themselves (not their wives). It fits with what most customers want who go to that makeover shop. It explains why Betty Crow and Charlie Jane Anders are progressing to full-time crossdressing. It even fits my phenotype (white, successful, high IQ).
﻿
Why it makes me feel so uncomfortable is that I had been cheerfully going along reassuring myself that I wasn't like those "other" trannies out there; that there was something different about me; that crossdressing wasn't a sexual thing. According to this model, I am just like everyone else (perhaps a little less "affected" or "afflicted" or whatever term you prefer). This disturbs me, because the natural history (according to the theory and supported by lots of other things I've read, not least Helen Boyd) is that crossdressing becomes more predominant as one gets older (and in some cases, leads to full transition). I could previously ignore that consequence because I thought there was something different about me. I had thought that, if I was able to find just the right frequency of dressing, I would be happy in my "ordinary" life. This model suggests that point won't be reached; there will never be enough.

And if I had just a little more, of whatever it is that I have, my dressing might get out of control: to the point where it gets in the way of my ability to be a useful and productive husband and father. That's not something I relish in any way, and may explain why some of the people I've found on the Web that I have most in common with are people trying to quit crossdressing: these are people who are trying to keep a foothold so that crossdressing doesn't overwhelm them (but the science suggests we are incurable in every reasonable sense). It seems now that the reasons I find myself drawn to them is because of my sense of fear that maybe crossdressing will one day get the upper hand.

Reading Cloudy's blog has made me go and take a long, uncomfortable look at myself, and I can't say I am delighted with what I find.

The emergence of this model (proposed by Kurt Freund and Ray Blanchard) caused an enormous stink. It seems that late-transitioning transpeople (which we would now call AGP) were amazingly upset at the implied notion that they were different from (and perhaps inferior to?), early-transitioning transpeople. It provoked a storm in the literature, which continues still. I get that. I get why someone who felt worse than me about the implications of the model as applied to them could get so upset that they would reject the model completely (rather than rejecting their carefully-constructed self-image).

Until now, my "bible" of crossdressing has been My Husband Betty. Helen Boyd offers this about autogynephilia (from 2003):


The term has been described as the "Unified Field Theory" of transgenderism, but Blanchard's application of it to transsexuals is the epicentre of the debate. From what I understand, MTF transsexuals often gain pleasure from imagining their female bodies, but that pleasure is more about the fantasy of finally having a body that will match their internal gender identification. Transvestites and crossdressers also often admit to autogynephilic feelings, but because of the newness of the term and the general lack of research on crossdressers, there are no statistics. As one crossdresser put it: "Some guys are only ever in love with the woman they see in the mirror".

There is so much more to write; so many ramifications to follow to the ends. That will need to wait for future blog posts (like maybe this one).