From my very earliest memories, I am aware that I wanted to act differently from "ordinary" boys. I struggled with the masculine stereotypes I was expected to live up to; I still do! For some of my other reflections about crossdressing as a child, read my post here.

But when I got older, I came across a book on my parents' shelves. I still have it. It's called A Dictionary of Mental Health, by Richard B. Fisher, PhD. By then I had heard the term transvestite, and wanted to know more. I wasn't sure if I was one, or not, so I looked it up.

Well, that's not a great start, is it? So I flicked backward. This book is a modest-sized paperback volume, published in 1980, so we are looking at attitudes which are at least 30 years old. What's interesting to me is that the entry is a mixture of the enlightened and the mediaeval. It begins reasonably enough:


DEVIATION, SEXUAL: To define deviation, it is necessary to have a standard of normality. [...] Yet how shifting are these sands. [...] Textbooks of psychiatry still deal with the subject under the heading 'perversion', presumably because patients as well as doctors associate deviant sexual behaviour with neurosis or psychopathy. [...] On the other hand, it is now customary for textbooks to point out that such an association is unjustified. [...] To describe any sexual practices as perverse is a mischievous holdover from the intensely moralistic psychology enshrined by Freud and his followers.

So far so good. Fisher seems to highlight the point that different sexual behaviours are not necessarily pathological, while making this very connection in his own book!

I don't know why Fisher leaves us till last. But this is his entry:


Transsexualism and transvestism are interrelated deviations ranging from simple transvestism, in which the subject obtains gratification by wearing clothes of the opposite sex (called cross-dressing), but without genital excitement or homosexuality, to the profoundly-felt need to be physically changed, if possible surgically, to the opposite sex. Between these two states lie variations in which transvestism is in some measure symptomatic of homosexuality or fetishism and is a means of obtaining sexual gratification. It is wrong, however, to assume that transvestism is always associated with either homosexuality or with transsexuality. 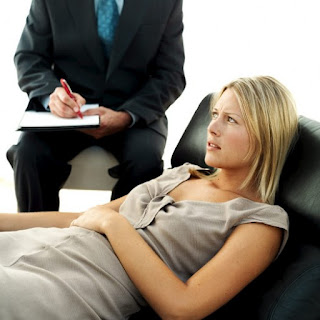 If you look past the outdated, pejorative wording ("deviations"), I think Fisher is correct. I see all transgendered people as on a continuum, and I think that efforts to split us up into finer and finer groups is unnecessary and unhelpful. In fairness, I think that continuum may not be one-dimensional.


Both transvestism and homosexuality are more often seen in men than in women. Transsexual men, although they prefer to dress as women, may also marry and have children. Only a minority engage in homosexual acts. The much smaller number of transsexual and transvestite women are commonly the dominant partners in homosexual relationships.

For a detailed discussion of the prevalence of homosexuality in the UK population (and how it is sensitively determined), read my blog post here. I am not sure I wholly agree with the rest of Fisher's paragraph. I tend to think that transsexual males often attempt to live as men, before finding that they cannot. I think that gender-reassignment was far less common (and less well studied) 30 years ago than it is today, so perhaps Fisher can be forgiven. Some scholars have refuted the existence of transvestite women at all (that is, women who obtain gratification, let alone sexual gratification, from the wearing of men's clothing), although I think academia would agree with Fisher that such people are very much rarer than male-to-female transgendered people.


The causes of the deviation are obscure. In some people, transsexuality is a congenital disorder, and transvestism has often been associated with Klinefelter's syndrome. There is no evidence that these conditions are inherited. It is said that tranvestism may occur when the opposite-sexed parent is overwhelmingly dominant, but the evidence is impressionistic.

I agree with him here that nobody knows what causes transgenderism. By "congenital" I believe he means that transsexuals are born transsexuals, and I agree with that too. Klinefelter's syndrome is the syndrome where an individual possesses an extra sex chromosome. Neither male (XY) nor female (XX) but in a way, both (XXY). Such individuals are usually born looking like normal boys, but at puberty may develop breasts and other feminine physical traits. It is possible that people with Klinefelter's syndrome formerly did show signs of feminised behaviour, though now testosterone treatment is universally offered to such people, which causes them to develop and behave in a "normal" masculine way.


Simple transvestism often escapes the attention of psychiatrists. Even the marriage partner may be unaware of the deviation. Symptomatic transvestism or transsexuality, however, can raise medical problems. Adolescents will frequently respond to treatment because they feel isolation and shame. Aversive therapy (see Psychotherapy) has been effective, but the older the patient, the less likely he will be to agree to treatment. It may be better to accept the patient as female in dress and role, but in such cases, the psychiatrist is sooner or later faced with a demand for surgical sex change. Some transsexualists (sic) have attempted self-castration. There is no easy answer to such a demand. The surgery is neither difficult nor dangerous, but little is known about the degree of psychological success which the patient can expect. At present, most psychiatrists discourage requests for sex-change operations.

As an adolescent myself, I could strongly identify with feelings of isolation and shame. I believe (and have stated elsewhere; see my comments here) that I think crossdressing is "incurable" in the traditional sense, and certainly no amount of punishment therapy will do anything other than force the subject to pretend he is cured long enough to escape the treatment.

Fisher seems to share the view of Charlie Jane Anders that acceptance of crossdressing inevitably leads to a desire to change sex. A similar thing seems to have happened to Betty Crow, Helen Boyd's husband. That may or may not be true for everyone; but I think the truth is a little more complicated than that.

In the days before the Internet, finding out about cross-dressing was extremely difficult. Even at University, my very large and weighty psychology textbook, otherwise excellent, makes no mention whatever of transgender behaviour (I just checked again). So all I had to go on were the occasional snippets of information, such as Fisher's book, my parents' overt disapproval of anything sexual, and tantalising and unforgettable works of fiction such as Cuckoo in the Nest. No wonder I was confused and unhappy.

Nowadays, things are very different. Not only is there much more information, but, in the main, much more acceptance. It makes it much easier for people like Gregory Gorgeous, a young, beautiful man who really enjoys (and flaunts) his gender ambiguity. I envy him, in many ways, though I am not like him now, and I wasn't like him even when I was the same age.

But back to Fisher's book. It's a snapshot of its time: attempting to be neutral, attempting to be sympathetic, but still grounded in outdated attitudes of morality and prejudice. It's very gratifying to be able to see how things have moved on in those three decades? I wonder how things will look in another 30 years, when I am the most glamorous tranny in the retirement home?

This post has been unexpectedly popular. I assume this is because people come to it expecting some enlightenment, when it doesn't really provide any. My current views on the scientific background to crossdressing can be found here and here.
Posted by Vivienne at 14:03