How many of us are there?

This is a question which puzzles me from time to time. How many of us are out there?

More specifically (and academically), if you take a large population, say a million people, how many of them are men who crossdress?

It's not an easy question to answer. For a start, given a million people selected at random, there is no guarantee that half of them will be genetic males. For most countries, there is a slight preponderance of one sex over the other. For example, in the United States in 2009, males constituted only 48.4% of the population as a whole.

To further illuminate the problem, we can consider the figures for homosexuality. I believe homosexuality is becoming much more accepted as a lifestyle (certainly in Western countries), and it has been a considerable focus of academic and governmental study. There was an excellent discussion of this by the BBC Radio 4 programme More or Less back in October 2010. You can listen to the podcast for free here. 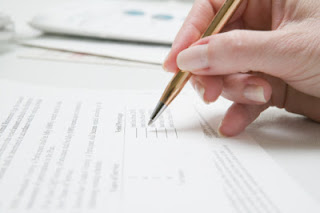 The "other" group could encompass people who are "asexual or have no sexual identity at all", or "disagree with the simplistic male/female gender binary". I suppose those who are intersex or transgendered might possibly fit in this group, though no further comment is made in the report.

More or Less received opinions from some listeners that the prevalences were too low. Some groups thought the figure should be as high as 5 or even 10% of adults. The programme went back to the ONS, and its report makes interesting reading. I have to say that I thought that the ONS's method was extremely enlightened, sensitive and reasonable. I congratulate it on the quality of the report, and I think the numbers are very reliable.

The report makes the point that sexual identity is a very complex and subtle thing. It asked a series of elegant questions about it in three categories:

Sexual attraction: These questions attempt to elicit what sort(s) of people the respondent is sexually attracted to. The attraction can take the form of dreams or fantasies as well as explicit behaviour.

Sexual behaviour: These questions attempt to determine if the respondent has sexual partners of the same sex or opposite sex, or both. Sexual behaviour (the report states) does not necessarily form a basis for sexual identity.

Sexual identity: These questions attempt to describe how individuals think of themselves. This does not necessarily reflect sexual attraction or sexual behaviour, and can change over time.

Sexual orientation can be the result of any of the above.

The report goes on that "no single question would capture the full complexity of sexual orientation". While legislation discusses sexual orientation, the ONS believes that sexual identity is "the most relevant dimension... to investigate, given its relation to experiences of disadvantage and discrimination".

Where does that leave crossdressers? Are we in among the bisexuals? Or do we fall into the "other" group, or even the refusals? There just is no way to tell.

If I were to answer the ONS questions honestly, my answers would look a bit like this:

Behaviour: exclusively heterosexual (which, to be clear, means only genetic females).

Identity: heterosexual male. Would I put "other"? Just possibly. However, I was never surveyed. For my responses to fit with the report, I would need to be surveyed in exactly the same way as all the other respondents. I am confident that I would not refuse to answer any of the questions.

Something like the ONS questionnaire would need to be drawn up to estimate the prevalence of crossdressing in a population. Adding crossdressing or transgender behaviour to this complex mix above would create a whole new layer of confusion.

If we take the situation that an individual born genetically male habitually wears female clothing, there are lots of potential reasons: the individual may make their living as a drag performer; they may feel they were born in the "wrong body"; they may dress for fetishistic or sexual reasons, or there may be any number of other reasons.

I suppose the questions could go something like this. I am really making this up, but feel free to comment on better questions. From my perspective, I am most interested in men who want to wear women's clothing. It seems that women who choose to wear men's clothing have very different motivations, but I am very willing to discuss this point further.

Clothing inclination: This question would seek to determine the inclination or desire to wear clothing normally worn by women. (For me the answer would be something like "almost constantly").

Clothing behaviour: This question would attempt to describe the actual behaviour. (For me the answer would be "infrequently").

Gender identity: This question would attempt to determine the gender identity of the responder. (For me the answer would be "male". I don't feel like a woman or especially want to be one).

I think these questions avoid (as the ONS did) any suggestion of motivation or reason to cross-dress. I don't know why I do it. I don't think anyone really knows, and I suspect the reasons (if they could be found) would be different for all of us anyway.

What's interesting to me is that I absolutely consider myself a cross-dresser, even though my actual behaviour doesn't really reflect that description all that well. In another post I might explore this issue a bit further.

So all we need now is a million people (or, I suppose, about half that number if we want to ask only males) to answer the questionnaire.

In the meantime, there is no definitive answer to this question. The most academic estimate I can get comes from the excellent book Crossdressing, Sex and Gender by Bullough and Bullough, which puts it at about 1%. This figure probably fits quite well with the ONS figures, in that it could easily include all of the "other" respondents plus a few of the "bisexual" respondents too.

What that means is that, although in population terms we are quite few, there are thousands upon thousands, quite likely millions, of crossdressers out there. Raise your glass!
Posted by Vivienne at 13:34